Share a memory
Obituary & Services
Tribute Wall
Read more about the life story of John and share your memory.

The family will receive friends at Covert Funeral Home in Ovid from 10:00am to Noon on Wednesday, November 23, 2022. A memorial service will immediately follow at Noon, prayers of committal with military honors will be held at Holy Cross Cemetery.  Kindly consider a donation to Ovid American Legion Post #463, PO Box 401, Ovid, NY  14521 in his memory.

John was born in Seneca Falls on July 31, 1940, a son of the late Harry and Emily (nee Brodnicki) Coleman. He proudly served his country in the US Air Force and upon his return, John worked as a carpenter. He then began his career as Security Police at the Seneca Army Deport in Romulus and retired upon its closure. John was married to Pamela Tripp in 1981.   Over the period of several decades, he built, developed and nurtured Hidden Ponds Campground, what started as a family campground has now become one BIG family of seasonal campers.  John was truly the patriarch of his family and was lovingly adored by all generations. He enjoyed a lifetime membership at the South Seneca Sportsmen’s Club and the American Legion Post #463, having served as commander.

He is survived by his loving wife, Pam Coleman; his children, Colleen (Ben) Grantham of Sanford, VA and Dustin Coleman of Romulus and his grandchildren, Emily and Tripp, along with a large extended family and many friends. John was preceded in death by his parents, and his four siblings, Nelson (Bernice) Coleman, Leo (Jeanine) Coleman, Catherine (Jack) Philips and Kenneth (Jane) Coleman.

To send flowers to the family or plant a tree in memory of John E. Coleman, please visit our floral store. 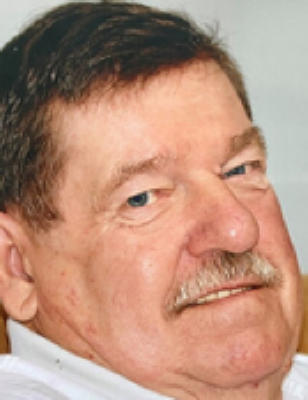