Share a memory
Obituary & Services
Tribute Wall
Read more about the life story of Leo and share your memory.

Leo M. Young, age 86, longtime resident of the Ovid area, waved his checkered flag for the last time on Tuesday, November 8, 2022, after being on hospice for several weeks.

Born in Geneva, NY on August 17, 1936, Leo was one of eleven children to James and Eva (nee Wyman) Young.   Following his service in the US Navy from 1955 to 1959, Leo made his home in California, with his first wife Suzanne Young, now deceased, where he owned his own carpentry business, building custom cabinetry and counters alongside his three sons.  He returned to his hometown of Ovid after his retirement to be closer to his siblings.  He became well known in the area within the Amish community. For decades, Leo proudly served his communities through the Lions Club, upholding the motto “We Serve” with the utmost dedication.  He held offices within multiple clubs and held those offices with high esteem.  He was honored with numerous awards for his generous work.  He was an avid racing fan; he built his own race car and spent many hours racing alongside his best friends Robbie Wheeler and Ken Sterling at both Starlite and Paradise Speedways.

Leo is survived by his second wife, Betty and his children, Craig Young of Redding, CA, Lee (Jennifer) Young of Redding, CA and Darrci (Jeff)  Robertson  of Elk Grove, CA; his grandchildren,  (Craig) Chet Williams and Forrest, Tyi and Thunder Young ; (Darren) Brandy, Leo and Charles Young ; (Lee)  Sydney and Sienna Young, Sarah McQueen;  (Darrci) Steven and Ryan Robertson and many great grandchildren; his siblings, Lucille Harris and Gary Young.  He was preceded in death by his son, Darren Young in 2021, his grandsons, River and Sky Young, and his siblings, James, Richard, Charles, and Carlos Young, Donald and Joe Wheeler, Patrica DeGigilo and Margaret Smith.

The family will receive friends at Covert Funeral Home in Ovid from 10:00 to 11:45am on Friday, November 18, 2022. Military Honors and interment will then follow at Sampson Veterans Memorial Cemetery in Romulus. Kindly consider a donation in Leo’s memory to the Ovid-Willard Lions, Club, PO Box C, Ovid, NY 14521.

To send flowers to the family or plant a tree in memory of Leo M. Young, please visit our floral store. 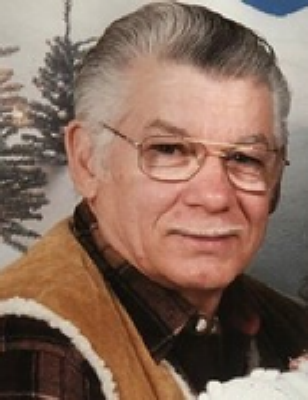