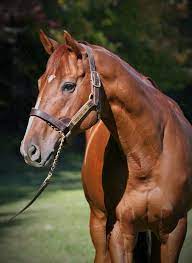 Ted was born in Mount Holly, New Jersey on June 18, 1933, a son of the late Fred A. and Hattie Clevenger Simon.  He graduated from high school and began his lifelong career and passion of farming. He operated Green Meadow Farm in Vincentown, New Jersey, which was comprised a large dairy herd and crop farming.  He was married to Lindsay on August 24, 1991 and they made their home in Ovid nearly 20 years ago. Here, they raised Charloais beef cattle and enjoyed their downsized operation.  He made great friends in the cattle and Amish communities here.  Ted’s love of all animals led to a lifetime of advocacy for them. For many years Ted and Lindsay bred and raced thoroughbreds in NJ, PA and NY at Garden State, Monmouth, Philadelphia Park and Finger Lakes racetracks.

The family will host an open house on Ted’s birthday, Friday, June 18, 2021 from 4:00 to 7:00 at their home, 2028 Gilbert Road in Ovid. Friends are invited to stop in to share some food and the memories and stories of Ted’s legacy.  Kindly consider a donation in Ted’s memory to:  Finger Lakes Thoroughbred Adoption Agency (fltap.org).

To send flowers to the family or plant a tree in memory of Theodore "Ted" J. Simon Sr., please visit our floral store.